What are The Famous Monoliths? Biggest Monolith in the World 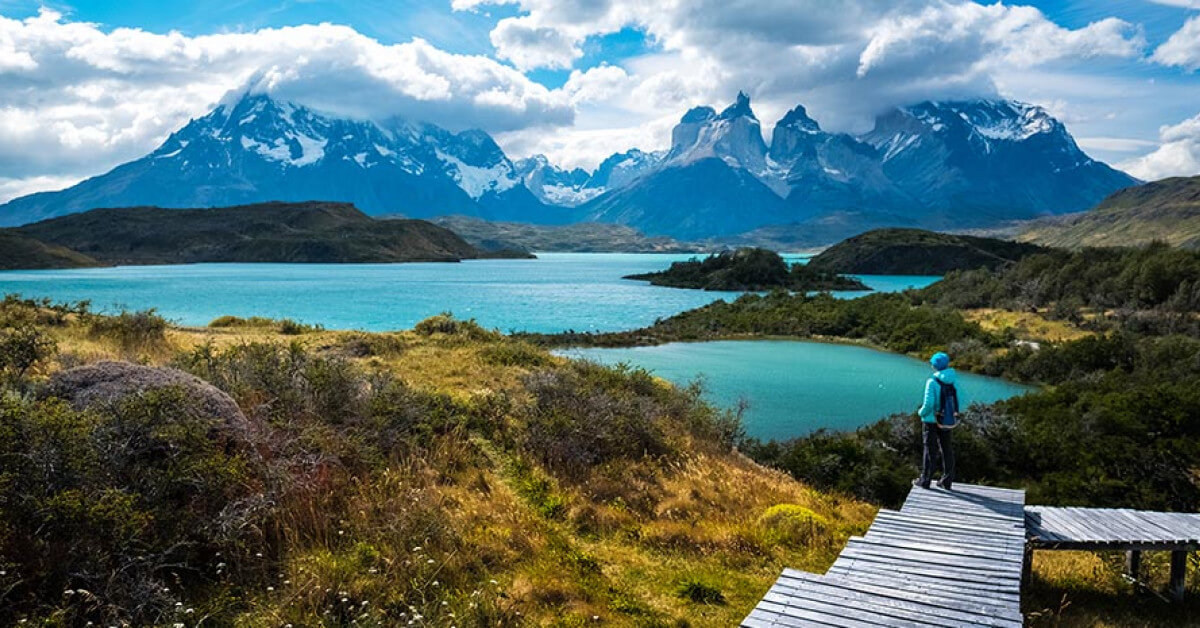 There are several gigantic monoliths on the planet and they are popular tourist attractions. People come to see them and admire how huge they are. So what are the famous monoliths and where is it?

All over the world, there are ancient structures referred to as monoliths. The biggest monoliths are the ancient megaliths in Egypt, Mexico, Peru, and Easter Island. The huge rock sculptures are the megalithic ruins of great civilizations of the past.

While they come in a variety of shapes and sizes, they do all have something in common, one thing that ties them together; they are all massive stones that serve no practical purpose. Many people think that they were built by primitive men to pay tribute to supreme beings or as creation relics.

What is the meaning behind the monolith?

The word Monolith comes from the Greek “mono lithos” which means “single stone.” The term was first introduced in the English language by William Whewell in reference to ancient Egypt, where it is a common architectural feature. Some of these monoliths were originally at Giza, while others were moved and erected in the three main pyramids around 2500 BC.

What exactly is a monolith?

The term ‘monolith’ is used to describe some of the biggest and most influential geological structures ever discovered. They have been a source of fascination and discussion since time immemorial, but what are they exactly? Here’s our list of the biggest monoliths in the world and their namesakes.

People have a natural interest in large things — like the Leaning Tower of Pisa, the world’s largest building by volume, and other large things that make your jaw touch the ground.

Many rocks and mountains are called the world’s largest monoliths but these claims are rarely supported by geological data and may be based on only one dimension such as height or circumference. Additionally, height can be measured above sea level or the surrounding ground.

Below we tried to present the biggest monoliths of the world, If you ever visit any county or place then you can see these famous monoliths on your trip.

They fit into the natural landscape, but they earned their fame by standing tall through numerous millennia of weathering and climate change. Some of them took people a lot of effort to erect, and some even today can seem absolutely incredible and out of this world.

Here is a list of some of the largest monoliths on the planet.

Uluru (or Ayers Rock) is one of Australia’s most recognizable natural icons, situated 335 km (208 mi) southwest of the nearest large city, Alice Springs.

It is the largest monolith in the world. The world-renowned sandstone formation measures 348 meters (1,142 feet) in height and 9.4 kilometers (5.8 miles) in circumference.

The rock undergoes dramatic color changes with its normally terracotta hue gradually changing from blue or violet at sunset to bright red in the morning as the sun rises behind it.

The Sugar Loaf (Portuguese: Pao de Acucar) is one of the most recognized and requested tourist attractions in Rio de Janeiro.

Situated on a peninsula jutting out into the Atlantic Ocean, the mountain rises 396 meters (1,299 ft) above sea level. A cable car takes visitors to the top of Sugarloaf Mountain, where spectacular views of Copacabana and other beaches can be admired.

Nigeria’s answer to Australia’s Uluru, Zuma Rock or the Zuma slash, lies north of Nigeria’s capital, Abuja, and is easily spotted by driving the main road from Abuja to Kaduna.

Though only a third the width of Uluru, Zuma Rock is more than twice as tall, towering 725 meters (2,378 feet) above its surroundings. According to some observers, the face of a person can be recognized in the white part of the center of the rock.

The Rock of Guatape

Once worshiped by the Tahamies Indians, the Piedra de Peñol or El Peñon de Guatape is a massive stone that rises more than 200 meters (650 feet) from the flat terrain of Guatape, Colombia.

The rock, which is almost entirely smooth, has a long crevasse, which the first climbers used to ascend it. In the crack, there was a masonry staircase of 649 steps, the only way to reach the top.

One of the most famous sights in Yosemite National Park, the El Capitan granite monolith rises almost 3,000 feet ( 910 meters ) vertically from Yosemite Valey.

It is one of the favorite challenges of expert climbers. In 1958, Warren J. Harding, Wayne Merry, and George Whitmore were the first to climb El Capitan’s Nose using ropes, pitons, and expansion bolts.

Sigiriya is a spectacular 370 – meter (1,214-foot) high fortress overlooking the verdant jungle. It is one of the main tourist attractions in Sri Lanka.

Sigiriya rock is a hardened magma plug from a long-erupting, extinct volcano, similar to Devil’s Tower. From about the 5th century BC it was used as a mountain monastery to protect the rocks and was later converted into a rock fortress by King Kasyapa.

Torres del Paine is a national park in the extreme southern region of Chilean Patagonia that features mountains, lakes, and glaciers. The centerpiece of the park is the three spectacular Torres del Paine granite monoliths shaped by the forces of glacial ice. The highest peak is about 2,500 meters.

At 2,300 feet (702 meters) above Squamish is the head of Stawamus. Known locally as the Boss, this massive cliff is one of the largest granite monoliths in North America.

The three main summits of the Chief are accessible via hiking trails that are maintained in the rear. The peaks offer stunning views of Howe Sound and the city below.

Located near the city of Sintang in West Kalimantan, Bukit Kelam (or Black Rock) is the largest rock in Indonesia. There are several folklore about its creation.

There is talk of an ugly monster who wanted to marry the lovely princess Dara Juanita. But the princess’s protector cursed the monster and it fell to its death, turning into a huge rock. The monolith is about 900 meters high.

The Rock of Gibraltar is an overseas territory of the United Kingdom on the southern coast of Spain, at the entrance to the Mediterranean Sea. The 426-meter-high limestone monolith is home to 27,800 Gibraltarians and 250 Barbary macaques, the only wild primates in Europe.

In Greek mythology, Gibraltar was one of the pillars of Hercules that marked the edge of the Mediterranean and the known world.

The top of Stone Mountain rises 825 feet (251 meters) above the surrounding area and provides a beautiful view of Atlanta. The bas-relief on the north face of the mountain is the largest in the world.

Mauritania’s best kept secret, the Ben Amera is hidden in the desert waiting to be discovered by mass tourism.

According to some sources, it is the second largest monolith in the world after Uluru. Ben Amera has located 5 km from Tmeimichat, a small town on the desert train route between Nouadhibou and Zouerate.

Towering 386 meters above the surrounding terrain, Devil’s Tower is the core of an ancient volcano exposed to erosion.

It is located in the Black Hills of Crook County, northeast Wyoming, and was declared a United States National Monument in 1906 by President Theodore Roosevelt.

The mountain became world famous in 1977 when it was chosen as the alien-human rendezvous point in Steven Spielberg’s Oscar-winning sci-fi film Close Encounters of the Third Kind.

La Peña de Bernal is the largest monolith in Mexico, located in San Sebastián Bernal, a small town in the state of Querétaro.

The rock rises 350 meters (1,148 feet) above the city and was formed about 100 million years ago during the Jurassic period when it was at least three times as tall as it is today.

What Is The Largest Monolith On Earth?

Uluru/Ayers Rock, Australia At 348 meters high and with a circumference of 9.4 kilometers, Uluru is the largest monolith in the world. It is sacred to the Pitjantjatjara Anangu, the Aboriginal desert people of Central Australia, and has been declared a UNESCO World Heritage Site.

What Is The Largest Granite Monolith?

The largest monolith in the world The Stone Mountain. Stone Mountain is one of the most gigantic granite domes in the world. Devil’s Tower. Devil’s Tower is 264 meters high (867 feet) from the earth’s surface, it is a rock formation or monolith located in northeastern Wyoming. Sugarloaf Mountain. Bukit Kelam. Rock of Gibraltar. Captain. Ben Amera. Sigiriya. Uluru. Zuma Rock.

Where Is The Largest Stone In The World?

The largest gemstone ever found, still uncut, is the Bahia Emerald weighing 840 pounds, or 1,900,000 carats. This stone was extracted in the State of Bahia, in Brazil. The stone has been valued at around $400 million, but was once listed for sale on eBay for a “Buy It Now” price of $75 million.

What Is The Largest Stone Statue In The World?

The largest single-stone statue in the world The Great Sphinx is the massive monolithic statue of a human-headed lion that was carved from a single mass of limestone on the west bank of the Nile during the third millennium BC. The Sphinx faces east and its stonework features include a headdress adorned with a cobra and beard.

What Is The Largest Stone Building In The World?

The Washington Monument, located in Washington DC, is the tallest stone structure in the world. It stands 555 feet 5 1/8 inches tall. Construction began before the civil war, in 1848, but had to stop due to the war and lack of funding. The monument was officially inaugurated in 1888.

What Is The Largest Gemstone Ever Found?

The Pearl. The largest semi-precious stone, without facets, ever found weighs six tons and measures 1.6 meters in diameter, “the pearl”, as its owners call it, is the largest ever discovered and is estimated to have a value of two billion yuan ($301.197 million); in China, pearls are more appreciated than diamonds.

Which Stone Is The Strongest In The World?

What Is The Largest Structure In The World?

What Is The Largest Stone In The World?

What Is The Largest Stone Structure In The World?

The monument, made of marble, granite, and sandstone, is both the world’s tallest stone structure and the world’s tallest obelisk, standing 555 feet (169,294 m) tall. There are taller monumental columns, but no they are all stone and not true obelisks.

Read Also: What are The Smallest City in The World? 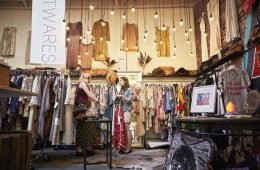 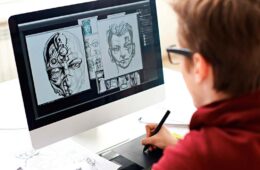