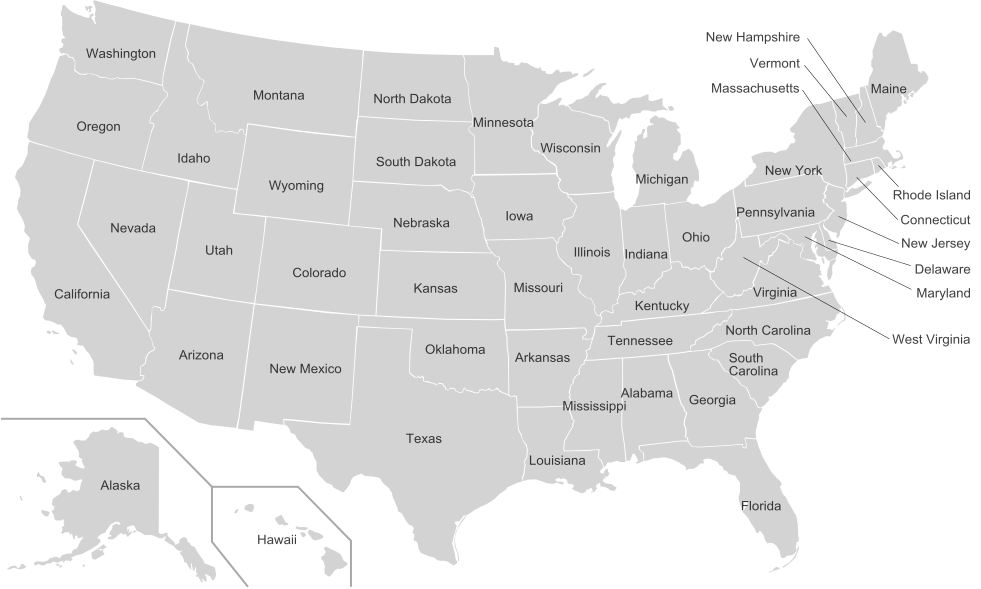 How many states are in USA now? and What are the all US states list?

The United States of America is comprised of 50 states, with a federal district Washington DC, five major territories, and various minor islands. Each state has its own state capital, traditions, and history.

The 48 contiguous states and Washington DC, are in North America between Canada and Mexico, while Alaska is in the far northwestern part of North America and Hawaii is an archipelago in the mid-Pacific Ocean.

Each state and capital has its own constitution, based on the principles of the republic and the government, consisting of three branches: executive, legislative and judicial.

Under the United States Constitution, states have many powers and rights, such as controlling interstate trade, conducting elections, forming local governments, and approving constitutional amendments, but sovereignty is shared with larger federal governments.

Every US state is represented by two senators, while representatives are distributed among the states in proportion to the most recent constitutionally mandated decennial census.

In addition, each state has the right to select a number of voters to vote in the Electoral College, the body that elects the president of the United States, equal to the total of representatives and senators in Congress from that state.

The Constitution grants Congress the authority to admit new states into the Union.

Since the establishment of the United States in 1776 by Thirteen British Colonies, the number of states has expanded from the original 13 to 50.

What are all 50 states list? And What are the capitals of the 50 states?

In this section, we have added a list of all 50 states in alphabetical order with us state abbreviations and added the date when they became a part of American states.

Here is the alphabetical list of 50 states of the United States with the current state capital, largest city, and the date they were admitted to the US Constitution.

Note: USA State Postal Abbreviations are all two letters, and these two letters are always capitalized without any periods. These official state abbreviations have all been standardized by the United States Postal Service.

As an example, New York is shortened as NY and not as N.Y. with periods after each letter. Similarly, the Alabama abbreviation is AL (and not Al).

Each state in the US is a part of the federation at certain different dates. The oldest on this list became a state in 1776 when they joined the Union after the Declaration of Independence was issued.

The 13 colonies that were under the English Crown and claimed as British territory needed time to discuss and agree on rebellion that terrified many people at that time. After several years had passed, more states have joined the Union with Alaska being the most recent one in 1959.

US Territories and Commonwealth

Outside of the 50 main states in the Union, the United States has several territories in different parts of the world too. These territories may not be official states, but they still adhere to the same formula of two capital letters for their official abbreviations.

Territories of the United States

In addition to the 50 states and the federal district, the United States has sovereignty over 14 territories. Five of them (American Samoa, Guam, the Northern Mariana Islands, Puerto Rico, and the U.S. Virgin Islands) have a permanent, nonmilitary population, while nine of them do not.

The five inhabited territories each have limited autonomy and a non-voting delegate in Congress, in addition to having territorial legislatures and governors, but residents cannot vote in federal elections.

The United States of America is a federal republic consisting of 50 states, a federal district, five territories, and assorted island possessions.

The original thirteen states were the successors of the independent sovereign states that had formed the United States of America. The United States came into existence on 4 July 1776 after ratification by a majority of the American colonies.

Our hope is that this list is beneficial to you, but if you need further information or any other additional details, please feel free to leave us a comment below.

Note: Since we are working on the custom research paper, we have decided to publish a similar article about the neighboring country. There is plenty of useful information about all states of Canada. Hope you enjoy the article! 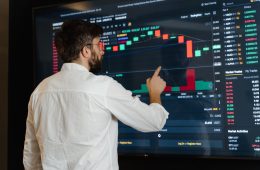 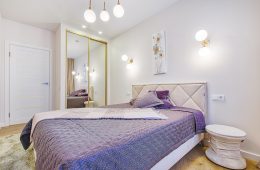 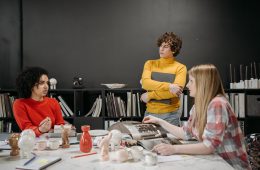