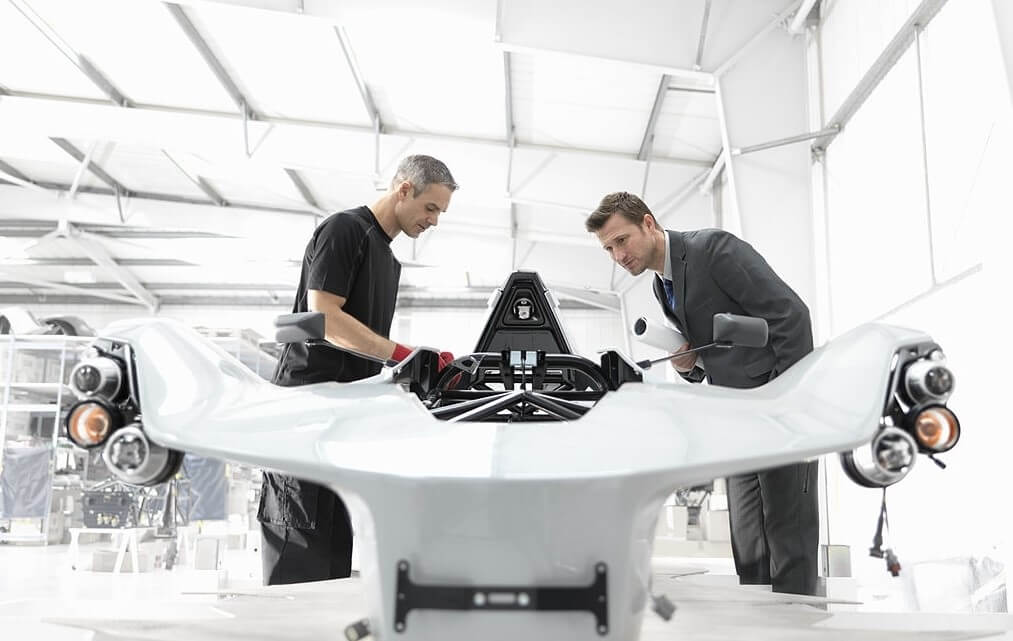 Looking for authentic information about manufacturers in USA?

Yeah, you are in the right place!

In this article, we’ve tried to make a list of manufacturing companies in USA by revenue and also added the top mfg companies primary information.

In the United States, Manufacturing is a vital sector.

America is the world’s third largest manufacturer after China and the EU, with a record high real output in Q1 2018 of $2.00 trillion (i.e., adjusted for inflation in 2009 Dollars) well above the 2007 peak before the Great Recession of $1.95 trillion.

Though still a large part of the United States economy in Q1 2018 manufacturing companies contributed less to GDP than the ‘Finance, insurance, real estate, rental, and leasing sector, ‘Professional and business services sector, or the ‘Government‘ sector.

Hence proved, there are the most successful manufacturing companies in America!

US manufacturing employment has been declining since the 1990s. But currently manufacturing sectors’ output robustly recovered from the Great Recession.

What is manufacturing company?

A manufacturing company is a registered company that makes finished products from raw materials in a bid to make a profit. The goods are later distributed to wholesalers and retailers who then sell them to customers.

Then the question may come to your mind, what is the manufacturing companies working process?

Manufacturing businesses in today’s world are normally comprised of machines, robots, computers, and humans that all work in a specific manner to create a product.

Manufacturing plants often use an assembly line, which is a process where a product is put together in sequence from one workstation to the next.

By moving the product down an assembly line, the finished good can be put together more quicker with less manual labor. It’s important to note that some industries refer to the manufacturing process as fabrication.

Let’s take a look at a few examples of manufacturing companies.

The United States manufacturing sector represents over 18% of the world’s total goods every year, and these greatest contributions help to develop U.S. GDP and the overall economy.

So we did research on that and tried to gather information from these top rated websites like Wikipedia, Industry Week, The balance, The National Association of Manufacturers (NAM), and other sources.

Thus, we have seen that America has many reputed MFG companies than other countries.

In this section, we included the top 11 largest and most popular manufacturing companies in USA from the recent top company revenue list.

Here is the list of top manufacturing company in USA;

Apple was created in 1976 by Steve Jobs, Steve Wozniak, and Ronald Wayne.

This famous Californian technology company is considered one of the Big Five companies in the U.S. information technology industry, along with Amazon, Google, Microsoft, and Facebook.

Apple company has played a key role in the history of world technology.

Its hardware products include the iPhone smartphone, the iPad tablet computer, the Mac personal computer, the iPod portable media player, the Apple Watch smartwatch and etc.

The Ford Motor Company is an American multinational automaker company. Ford’s main headquarters is in Dearborn, Michigan, a suburb of Detroit. (The first factory was the Ford factory in Michigan)

Ford Motor Company was founded by Henry Ford and incorporated on June 16, 1903. Henry Ford’s aim was to make vehicles accessible to the general public ­­– to “put the world on wheels”.

The company sells automobiles and commercial vehicles under the Ford brand and most luxury cars under the Lincoln brand.

Ford also owns Brazilian SUV manufacturer Troller, an 8% stake in Aston Martin of the United Kingdom and a 32% stake in Jiangling Motors.

The company is listed on the New York Stock Exchange and is controlled by the Ford family; they have minority ownership but the majority of the voting power.

This company was founded by Robert D. Walter in 1971. After acquiring the Bailey Drug Company in 1979, it began wholesaling drugs as Cardinal Distribution, Incorporated.

Its headquarters are based in Dublin, Ohio, and Dublin, Ireland (EMEA).

Cardinal Health provides medical products to over 75 percent of hospitals in the United States.

It was founded by William C. Durant on September 16, 1908, as a holding company, and the present entity was established in 2009 after its restructuring.

It also either owns or holds a significant stake in foreign brands such as Wuling, Baojun, and Jiefang. General Motors’ annual worldwide sales volume reached a milestone of 10 million vehicles in 2016.

In 2019, GE ranked among the Fortune 500 as the 21st-largest firm in the United States by gross revenue.

Dell originated in 1984 and its founder is Michael Dell. Its headquarters in Round Rock, TX.

Johnson & Johnson (J&J) is an American multinational corporation founded in 1886. Johnson & Johnson is one of the world’s most valuable companies. J&J develops medical devices, pharmaceuticals, and consumer packaged goods.

Its common stock is a component of the Dow Jones Industrial Average and the company is ranked No. 37 on the 2018 Fortune 500 list of the largest United States corporations by total revenue.

The corporation includes some 250 subsidiary companies with operations in 60 countries and products sold in over 175 countries.

This company is headquartered in Armonk, New York, with operations in over 170 countries.

The IBM company began in 1911, founded in Endicott, New York, as the Computing-Tabulating-Recording Company (CTR), and was renamed “International Business Machines” in 1924.

The Boeing Company is an American multinational corporation. Boeing is the biggest manufacturing exporter in the World. This company design manufactures and sells airplanes, rotorcraft, rockets, satellites, telecommunications equipment, and missiles worldwide.

Boeing was founded by William E. Boeing in Seattle, Washington on July 15, 1916. And now the Boeing Company has its corporate headquarters in Chicago, Illinois.

Boeing is among the largest global aerospace manufacturers; it is the second-largest defense contractor in the world based on 2018 revenue and is the largest exporter in the United States by dollar value.

It also offers performance-based logistics and training in 150 countries for airlines and U.S. government customers.

Intel Corporation is an American multinational corporation and technology company. It was founded on July 18, 1968 by semiconductor pioneers Robert Noyce and Gordon Moore.

Intel is the world’s largest and highest valued semiconductor chip manufacturer on the basis of revenue and is the developer of the x86 series of microprocessors, the processors found in most personal computers (PCs).

Intel Corporation ranked No. 46 in the 2018 Fortune 500 list of the largest United States corporations by total revenue.

The Procter & Gamble Company (P&G) is an American multinational consumer goods corporation company. This company was founded in 1837 by William Procter and James Gamble. Now P&G is headquartered in Cincinnati, Ohio.

It specializes in a wide range of personal health/consumer health, and personal care and hygiene products; these products are organized into several segments including Beauty; Grooming; Health Care; Fabric & Home Care; and Baby, Feminine, & Family Care. Before the sale of Pringles to Kellogg’s, its product portfolio also included food, snacks, and beverages.

In 2014, P&G recorded $83.1 billion in sales. On August 1, 2014, P&G announced it was streamlining the company, dropping and selling off around 100 brands from its product portfolio in order to focus on the remaining 65 brands, which produced 95% of the company’s profits.

In the US manufacturing represents 15% of its economic output, including automobiles, aerospace, machinery, and telecommunications.

List of Top Manufacturing Companies in USA By Revenue

On the list of world manufacturing companies, there are many American companies at the top.

10 Top Manufacturing Companies In The World

Here is a list of the top 10 largest manufacturing companies in the world, ordered by revenues of several million US dollars, according to the Fortune Global report.

Here are the different types of manufacturing companies and industries:

You might be looking for a manufacturer directory or company list in USA, I think this list will make your search easier. Here is the list of verified and well known manufacturers in USA;

Note: All of these manufacturing company names are listed by their name first characters. So, this list may not reflect any rankings.

What is an example of a manufacturing company?

A manufacturing company is any business that uses components, parts, or raw materials to make a finished good. If I want to give a piece of an idea, the manufacturing company examples would be;
The Ford Motor Company
Ford is one of the largest U.S. based automakers and has been manufacturing vehicles on a large scale since the early 1900s. This company can easily make over five million cars in a single year!
These company assembly lines are a great visual for what a manufacturing company does.

How many manufacturing companies are in the United States?

What are the major manufacturing industries in USA?

Which States have the highest number of Manufacturing businesses in the United States?

And then other states.

Which country is the best manufacturing?

China is getting first place. Because China has the largest manufacturing industry.

Which is the biggest company in the world?

What are the 10 largest industries in the world?

In 2021, these industries are making the most revenue;

Hope this article helped you, let us know if you have any more queries! 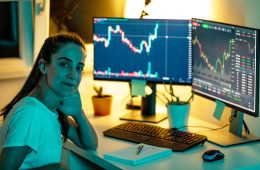 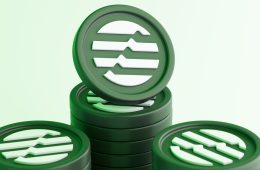 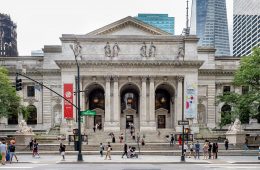