MNC Definition With a List of Multinational Corporations – InDetail 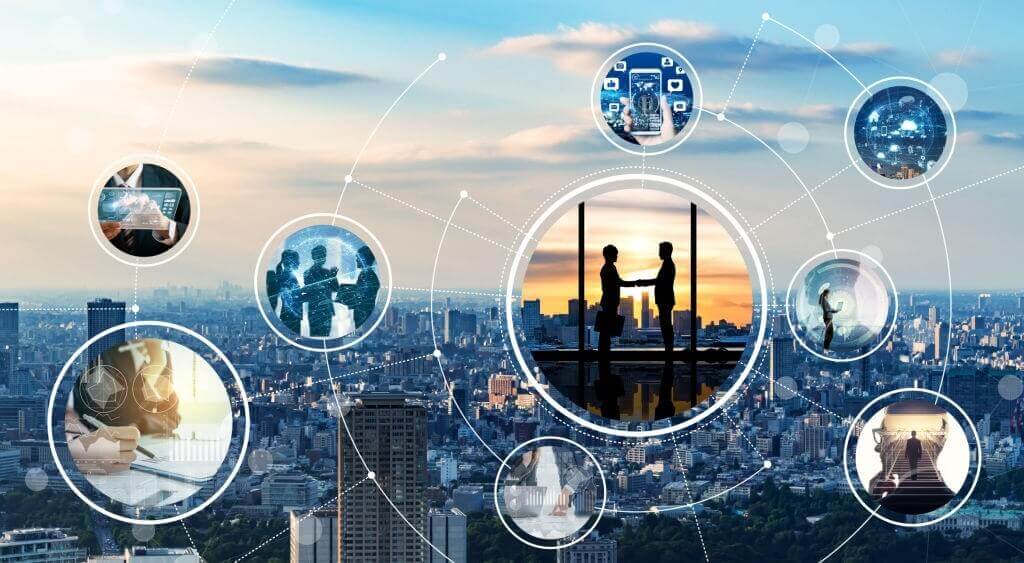 MNC news is always a trendy topic in News Portal, so one can ask what is an mnc?

In short, MNC is an acronym for Multinational company.

MNC or Multinational Corporations are the same things. One is the acronym and the other is the initial word.

What is a multinational corporation?

A Multinational company is a corporate organization that operates its businesses in their own country, as well as in other countries around the world.

If I make it clear, A multinational corporation or multinational organization controls its production of goods or services in at least one country other than its home country.

These companies, also known as international, stateless, or transnational corporate organizations tend to have budgets that exceed those of many small countries.

Every multinational firms generally have offices and workshops in different countries and a centralized headquarters where they coordinate global management.

I hope your thoughts have been revealed by the above MNC definition, If you have any other queries about the definition of multinational corporations just let us know! We will try to answer your interrogation.

Let’s continue again; You may think

What are the types of multinational companies?

There are four types of mnc company that exist. The multinational corporation are include:

What are some multinational companies?

Here we had added some examples of multinational corporations, hope you can better understand about this global corporation;

Top Multinational Companies in the World

Multinational firms are usually a large corporation incorporated in one and different country which produces or sells goods or services in various countries.

Note: This list is compiled by revenue and market capitalization.

Here we have created a list of top multinational companies in the world that have been succeeding in 2021.

Walmart Inc. is an American multinational and retail corporation. Walmart grew into one of the world’s largest retailers. The company operates a chain of hypermarkets, discount department stores, supercenters, neighborhood markets, as well as a robust online platform and grocery stores.

The company has been referred to as well as the world’s most valuable brand. Amazon dealing with e-commerce, cloud computing, digital streaming, and artificial intelligence.

Royal Dutch Shell plc is a British-Dutch multinational oil and gas company. It is one of the oil and gas “supermajors” and the fifth-largest company in the world measured by 2020 revenues.

Shell has operations in over 70 countries, produces around 3.7 million barrels of oil equivalent per day and has 44,000 service stations worldwide.

Shell Group is vertically integrated and is active in every area of the oil and gas industry, including exploration and production, refining, transport, distribution and marketing, petrochemicals, power generation, and trading. It also has renewable energy activities, including biofuels, wind, energy-kite systems, and hydrogen.

Volkswagen AG is a German multinational automotive manufacturing corporation. Internationally it is known as the Volkswagen Group.

It designs, manufactures and distributes passenger and commercial vehicles, motorcycles, engines, and turbomachinery and offers related services including financing, leasing, and fleet management.

The company has operations in approximately 150 countries and operates 100 production facilities across 27 countries.

It is divided into two primary divisions—the Automotive Division and the Financial Services Division—and as of 2008 had approximately 342 subsidiary companies.

The company is involved in almost every step of the oil and natural gas supply chain, from exploration to the sale and marketing of energy products.

Toyota Motor Corporation is a Japanese multinational automotive manufacturer company. Toyota is the largest automobile manufacturer in the world followed by Volkswagen, based on 2020 unit sales.

Among the company’s most popular products are its iPhone line of smartphones and Mac line of computers.

It is considered one of the Big Five companies in the United States information technology industry, along with Amazon, Google, Microsoft, and Facebook.

ExxonMobil is one of the largest oil companies in the world. With 37 oil refineries in 21 countries constituting a combined daily refining capacity of 6.3 million barrels (1,000,000 m3).

Berkshire Hathaway is an American multinational conglomerate holding company. It is a diversified holding corporation that owns companies in a broad range of sectors and industries.

They include insurance, energy generation, freight rail transportation, retail, and manufacturing companies, among others. The company also holds a substantial portfolio of equity securities and derivatives.

According to the Forbes Global 2000 list, Berkshire Hathaway is the eighth-largest public company in the world, the tenth-largest conglomerate by revenue, and the largest financial services company by revenue in the world.

Glencore had a number of production facilities all around the world and supplied metals, minerals, crude oil, oil products, coal, natural gas, and agricultural products to international customers in the automotive, power generation, steel production, and food processing industries.

This headquarters in Baar, Switzerland, and its oil and gas head office in London, and its registered office in Saint Helier, Jersey.

Samsung Electronics Co. Ltd. is a South Korean multinational electronics company. The Samsung Group is a conglomerate company. It comprises numerous affiliated businesses, most of them united under the Samsung brand, and is the largest South Korean chaebol.

Daimler AG is a German multinational automotive corporation. It is one of the world’s leading car and truck manufacturers.

Daimler AG commonly known and referred to as Mercedes-Benz, or simply as Daimler,

Daimler-Benz was formed with the merger of Benz & Cie. and Daimler Motoren Gesellschaft in 1926. The company was renamed DaimlerChrysler upon acquiring the American automobile manufacturer Chrysler Corporation in 1998 and was again renamed Daimler AG upon the divestment of Chrysler to Cerberus Capital Management in 2007 (Chrysler is currently owned by Stellantis).

Alphabet Inc. is an American multinational company. It was created through a restructuring of Google on October 2, 2015, and became the parent company of Google and several former Google subsidiaries.

Alphabet is the world’s fourth-largest technology company by revenue and one of the world’s most valuable companies.

Industrial and Commercial Bank of China

Industrial and Commercial Bank of China Limited (ICBC) is a multinational Chinese banking company. ICBC is a state-owned commercial bank. With capital provided by the Ministry of Finance of China.

Foxconn Technology Group and better known as Foxconn, it is a Taiwanese multinational electronics contract manufacturer.

In 2010, it was the world’s largest electronics manufacturing services provider and the third-largest technology company by revenue. The company is the largest private employer in Taiwan. and one of the largest employers worldwide.

The Ford Motor Company is an American multinational automaker company. The Ford company sells automobiles and commercial vehicles under the Ford brand, and most luxury cars under the Lincoln brand.

Ford is the second-largest automaker company in the USA and the fifth-largest in the world (behind Toyota, Volkswagen, Hyundai-Kia, and General Motors).

Costco Wholesale Corporation is an American multinational corporation that operates a chain of retail stores. Simply it’s known as Costco.

In 2019, Costco was ranked #14 on the Fortune 500 rankings of the largest United States corporations by total revenue.

AXA S.A. is a French multinational insurance company. Axa is a conglomerate of independently run businesses, operated according to the laws and regulations of many different countries.

The AxA Group operates global insurance, investment management, and other financial services in Western Europe, North America, the India Pacific region, and the Middle East, with a presence also in Africa.

Chevron Corporation is an American multinational energy corporation. Chevron is engaged in every aspect of the oil, natural gas, including hydrocarbon exploration and production; refining, marketing and transport; chemicals manufacturing and sales; and power generation.

This is one of the successor companies of Standard Oil and active in more than 180 countries.

Its best known software products are the Microsoft Windows line of operating systems, the Microsoft Office suite, and the Internet Explorer and Edge web browsers.

Microsoft is considered one of the Big Five companies in the United States information technology industry, along with Google, Apple, Amazon, and Facebook. It is the world’s one of the largest software maker company by revenue.

In April 2019, Microsoft reached the trillion-dollar market cap, becoming the third U.S. public company to be valued at over $1 trillion after Apple and Amazon respectively.

The company also produces a wide range of consumer and enterprise software for desktops, laptops, tabs, gadgets, and servers, including Internet search (with Bing), and others.

As of 2020, Microsoft has the third-highest global brand valuation.

It also either owns or holds a significant stake in foreign brands such as Wuling, Baojun, and Jiefang. Annual worldwide sales volume reached a milestone of 10 million vehicles in 2016.

The Mitsubishi Group is a Japanese multinational company in a variety of industries. It is the sixth-largest car manufacturer. This autonomous company is well known for its Mitsubishi Motors, Mitsubishi Atomic Industry, Chemicals Industry, Hitachi Power Systems, Nikon Corporation, and etc.

The four main companies in the Mitsubishi group are MUFG Bank (the largest bank in Japan), Mitsubishi Corporation (a general trading company), Mitsubishi Electric, and Mitsubishi Heavy Industries (both being diversified manufacturing companies).

Verizon Communications Inc. is an American multinational telecommunications conglomerate and a corporate component.

Allianz is the world’s largest insurance company and the largest financial services group according to a composite measure by Forbes magazine.

Huawei has deployed its products and services in more than 170 countries.

Huawei has expanded its business to include building telecommunications networks, providing operational and consulting services and equipment to enterprises inside and outside of China, and manufacturing communications devices for the consumer market.

America is a country that has many well known and biggest multinational corporations.

In this section we have made a list of multinational corporations in USA, most of these companies have expanded their businesses and services worldwide and they have resulted in notable success.

These US multinational companies are listed according to the Fortune Global 500 serial;

Above mnc company list is followed current revenue. One more thing, we don’t mention any details about mnc headquartered because all are USA companies.

Here we had added a full mnc company list, check out the multinational corporations pdf file;

List of Top Multinational Technology Company in The World

Let’s take a look at the top multinational technology companies;

Note; This position can be changed!

What countries are most multinational corporations?

The name of two countries that operate the world’s largest multinationals today is the United States of America and Japan, the People’s Republic of China is also the headquarters of several growing MNCs.

What are the top 10 multinational companies?

There are many top mnc companies, but these are first categories top 10 multinational companies;

What is the multinational model?

In the model of multinationals, a parent company operates in the home country and puts up subsidiaries in different countries. The difference is that the subsidiaries and affiliates are more independent in their operations.

There are three types of multinational models of the formation of  Multinational Corporations that are listed below:

What are the advantages of MNCs?

The Fortune Global Magazine publishes annual rankings of the top 500 corporations worldwide as measured by revenue. Here are top 10 companies of the World are compiled by Fortune magazine. If you work for a large multinational organization that has an extensive opportunity.

In the consultation, hope you made a good idea about this global company. I think if you work for a large multinational organization that has an extensive opportunity.